During the 2008-2012 years the Wingellina Project was previously completed to a Phase 1 Feasibility Study (+/– 25%) which highlighted a robust project, with a minimum 40-year mine life at an average annual production rate of 40,000 tonnes of nickel and 3,000 tonnes of cobalt in a mixed hydroxide product. The Feasibility Study assumed a nickel price of US$20,000 per tonne of nickel, US$40,000 per tonne of cobalt and an A$/US$ exchange rate of 0.85, resulting in an estimated NPV(8%) of US$3.4 Billion at a production cost of US$3.34/lb after cobalt credits.

The Company has identified 15 potential high-grade, cobalt-nickel conceptual pits with a significant quantity of nickel and cobalt (326,100 tonnes Ni and 25,800 tonnes Co) within the existing Wingellina Mineral Resource and has infill drilled 6 of these pits. Preliminary optimisations of the high-grade cobalt-nickel pits demonstrate potential for a high-grade start-up option for Wingellina.

Metallurgical test work on Wingellina ore was conducted in 2018 for the production of nickel & cobalt sulphate as feedstock for the battery industry. The leaching and precipitation of nickel & cobalt as sulfate products were successfully completed indicating that the Wingellina ore would be a suitable precursor feedstock for the production of battery metals. Previous variability test work indicated that leach recoveries of over 94% for both nickel and cobalt are achievable with acid consumptions of approximately 300kg/t.

NiCo Resources continues advancing the development of the Wingellina project, having executed a mining agreement covering 18,000km2 with the Native Titleholders, the Ngaanyatjarra People, receiving environmental approval with the EPA for project development and securing water and calcrete resources (for acid neutralisation in the proposed process plant). NiCo Resources is actively engaging in discussions with government departments and infrastructure partners regarding the establishment of infrastructure corridors to service the project with power and existing road upgrade. The CMP infrastructure currently contains a 27 man camp, airstrip and water bore field. 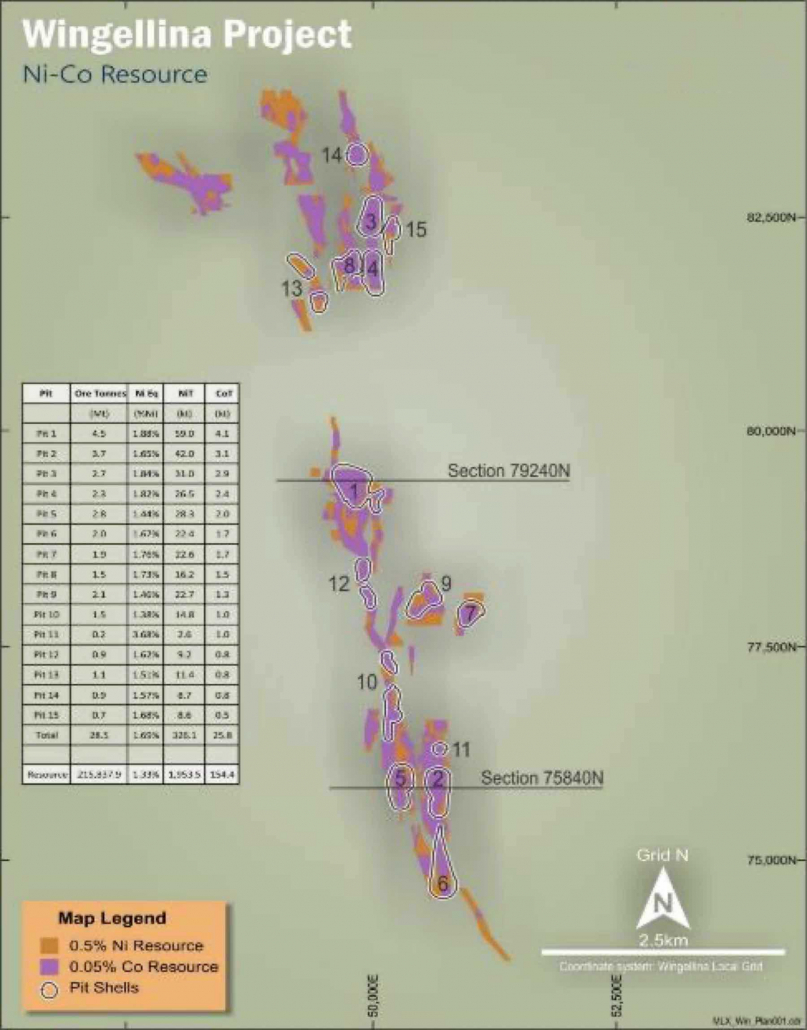